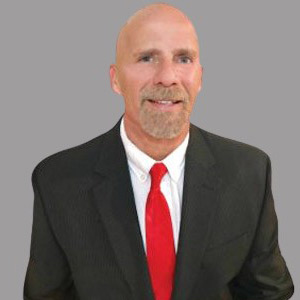 We have all used the phrase, we have all claimed that we are “doing it”, we all know it is a buzzword and a marketing opportunity. I am amazed at how little is really being done in this space. City’s talk about it, they promote it (smartest City on the planet, most wired 20 blocks in America, etc.) but when asked about details there is little substance. Much of this is pushed by the media, with daily articles on smart cities. One such article suggested that “connected citizens are influencing the pace of innovation, pushing leaders to try new approaches and technologies. By digitizing their physical infrastructure, leaders build community resilience and change the very nature of their systems”. I am not sure where these connected citizens are but they must not live in my City. I am not trying to depress you, or make you angry since I am sure your City is doing smart “something”. But let’s be honest, at least in the mid-west the pace of change is not a drag strip, it is more like a soap box derby. This was reinforced for me while walking downtown to look at Transit bus stop locations for the possibility of incorporating real-time information via monitors, I noticed a large cart driving down the sidewalk on the other side of the street. Two senior ladies were watering the planters that line the street in downtown. What a great opportunity, I thought, I will walk over and ask them how they know when to water. We have been considering using our newly implemented LORAWAN network for various sensors in our downtown area. Soil moisture sensors would be a perfect fit. Only water these planters when they really needed it and put it on a route to increase efficiencies. My excitement increased as I approached the ladies, what a great thing this will be for them, knowing when they need to water not just doing it on a blind schedule. New and pretty cool technology that has low cost a high benefit. Off across the street I ran, stopping to introduce myself and briefly telling them the reason for interrupting their work. “We have this cool technology that we can put in the planters that will tell you when they need to be watered, how much benefit would that create for you”, I asked? “Absolutely none,” replied the lady watering the planter. My dreams were crushed in less than 15 seconds. “But we can give you a map of exactly what planters need to be watered and when they really need watered, how do you know when to do that today”? The lady quickly responded, “I have been doing this for 40 years, I know when they need to be watered”. As much as I wanted to push the topic and debate this response, I knew better, I have seen this before. I wanted to explain that while I am sure she was excellent at watering without having some way to actually test the soil, it is impossible for a human being to “know” for sure when watering is required. There are simply too many variables, shade, rain, wind and temperature just to name a few. I walked away slowly, complaining to myself that they just “don’t get it”.

We talk about “connected citizens” and yes they do exist but I venture to guess there are more “water ladies” out there. How do we incorporate them into the connected City? How do we bring them along for the ride? We talk about change management, how do you incorporate that on a City scale? To be highly effective, Smart City implementations require citizen engagement. IN Wichita we try to focus on the problems and find creative ways to use technology to solve them. In some cases we need to get citizen input, like placement of our gunshot detection but for others like our copper theft notification system, we are not informing the public at all (I am still unsure if it would be of benefit to inform the media that we have this in place to act as a deterrent or we wait until we catch someone in the act, then publicize it). I am not sure how to recruit the “water ladies” of the world to our smart city efforts but as long as we are focused on outcome-based technology, the positive results and benefits received will convert citizens. A “what’s in it for them” approach to creating an environment where connected citizens are driving the change that they want to see in their community. By providing insights through various proof-of-conceptsof what’s possible, it may spark the imagination and drive the changes desired. I am not saying that City’s are not moving forward, I think there is more talk about doing it than there is actual action. Just collecting data from various sensors does not make a City smart, using that data to drive decisions on implementing outcome-based impactful projects does.

Can the SAAS Model work for Government Consulting Services? How Aurora, IL is using PMO-As-A-Service to Scale Up and Manage Demand on IT

IT Modernization: The Be-all-and-End-all of the Government Sector

Technology is all About Driving Value and End-user Experience