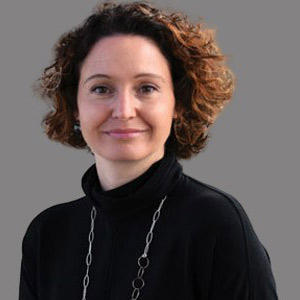 Government organizations, including cities, have a reputation for being late technology adopters. The standard image of government is a bureaucracy choosing to wait until a solution is fully vetted by other industries before advancing an implementation. However, in the realm of emerging technologies, including the Internet of Things and Artificial Intelligence, many cities are early adopters, breaking the stereotype of government as a slow participant in innovation. This trend has been the underpinning of the smart cities market for several years now and urban innovation shows no signs of slowing down. Understanding why cities are early adopters and the impact of this increasing trend gives insight into the new role that cities are playing as they drive technology innovation.

Why are cities pushing the boundaries of tech adoption now? There are three main reasons that cities are fast adopters of emerging technologies such as IoT and artificial intelligence. The first is the crop of tech savvy mayors that began entering office in the last eight years. These mayors bring an understanding of the value of technology innovation with them into city government that was earned at high levels of leadership or in the private sector. They expect, and demand, that technology solutions will help them deliver on their key initiatives. This perspective is pushing the implementation of IoT solutions to solve a myriad of city problems from flooding in Chicago, to public safety in Boston, to pediatric asthma tracking in Louisville.

The second reason is increasing urban populations are exacerbating the challenges facing cities at the same time the resources available to address those challenges are dwindling. Cities have become the main leaders in the battle against climate change, for affordable housing and for the creation of resilient infrastructure, just to name a few. With such daunting tasks ahead, technology must be an integral of any solution to ensure scale and longevity.

The final reason cities are moving so quickly to adopt these emerging technologies is the growing level of technology leadership attracted to cities. The last several years has brought a strong uptick in the caliber of CTOs, CIOs and CDOs entering public service, attracted by the formidable challenges they will face all in the name of serving the public good. They bring to these challenges a breadth of IT management skills honed in both the public and private sectors that is complimented by a commitment to collaborative, innovative problem solving. Not only are they tackling these challenges in their own cities, but they are collaborating across cities to combine their talents for greater impact.

Given the ability to leverage these emerging technologies, some cities are stepping out of the shoes of traditional tech consumers and into the role of co-developer. They are expecting technology companies to work as partners and engage with them deeply to understand their needs and the results they want to achieve. It is becoming clear that the most successful cities, as well as tech organizations, will be those driving collaborative innovation across a broad set of stakeholders. It is also clear that cities, their mayors and their CxOs, have taken the reigns of innovation and are not letting go any time soon.

Providing the Necessary Support for an Organization's Growth

Is Your IT Organization Really Future-Focused? Knowing the differences between strategic planning and traditional long-term planning can help CIOs answer this question

An Overview of Government Consulting Services